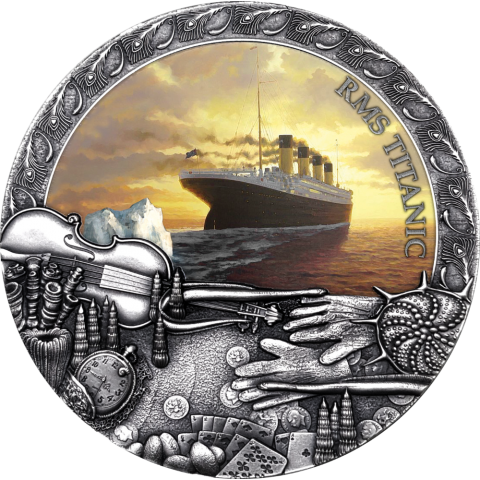 More than one hundred years ago, the ocean liner struck an iceberg and sank.
At 2:20 a.m. on April 15, 1912, the “unsinkable” R.M.S. Titanic disappeared
beneath the waves, taking with her about 1500 souls. This coin is created to
commemorate one of the most famous tragedies in modern history, which
inspired numerous stories, films, and songs. The coin features the famous
Titanic - the biggest, most luxurious and safest ocean liner ever built, which is
racing across the frigid North Atlantic and is inevitably going to hit an iceberg.
The story of Titanic still fascinates us...
An incredible coin depicting the ocean floor that still hides the secrets of this
terrible event!