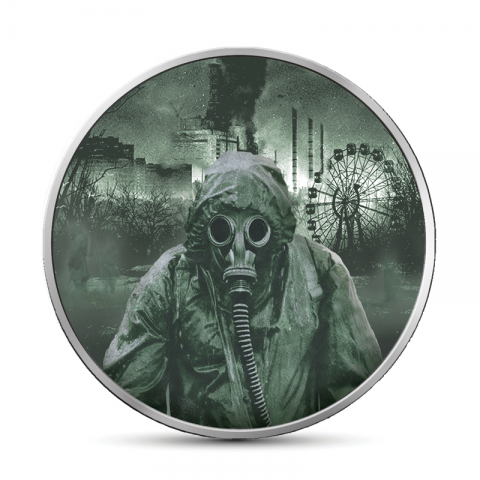 This 1 oz coin is dedicated to the Chernobyl Liquidators. They were the civil and military personnel who were called upon to deal with consequences of the 1986 Chernobyl nuclear disaster in the Soviet Union on the site of the event. The liquidators are widely credited with limiting both the immediate and long-term damage from the disaster. The coin glows in the dark, thanks to the Glow In The Dark technology. Limited mintage to only 100 pieces worldwide!