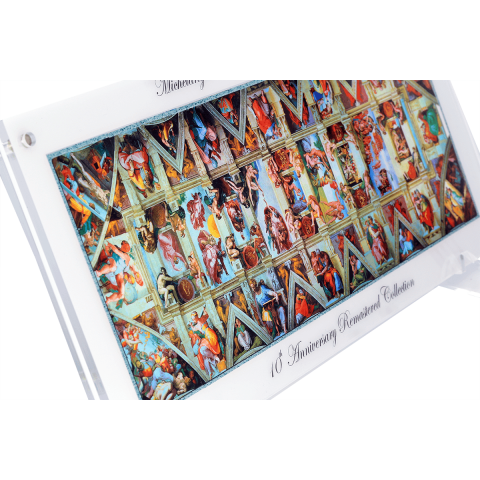 The Sistine Chapel is the best known Chapel in Christianity. It was built by Giovanni de’ Dolci as
Papal Chapel for Pope Sixtus IV between 1477 and 1482. It is famous for its architecture, evocative of Solomon ´s Temple of the Old Testament and its decoration.
Pope Sixtus IV consecrated the first mass in honor of “Our Lady of the Assumption” in 1483. Since then the chapel has served as a place of both religious and functionary papal activity. Today it is the site of the Papal Conclave , the process by which a new Pope is selected Michelangelo Buonarroti was commissioned by Pope Julius II in 1508 to repaint the ceiling of the Chapel.
It was originally painted as golden stars on a blue sky. The work was completed between 1508 and 1512. Michelangelo painted 12,000 square feet (1,100 m 2 ) of the chapel ceiling with themes from the Book of Genesis. He was originally commissioned to paint only 12 figures, the Apostles. After the work was finished, there were more than 300. Today the ceiling is widely believed to beMichelangelo's crowning achievements in painting.

Strictly limited to only 100 Collections!