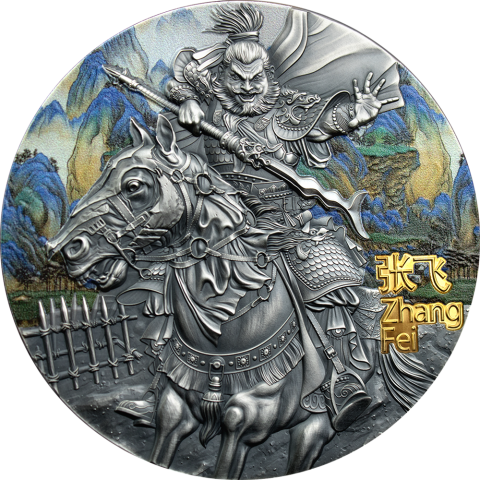 “Zhang Fei” is the second coin in the “Warriors of Ancient China” series,
coming after the “Lu Bu” coin. It is dedicated to one of the most powerful
warriors in ancient China – Zhang Fei. He was a Chinese military general who
fought for the restoration of the Eastern Han Dynasty. Along with Guan Yu, he
served under the warlord Liu Bei in the late Eastern Han dynasty and early
Three Kingdoms period. Together they made several notable achievements
during the Yellow Turbans Uprising. Zhang Fei was famous for being an
exceedingly loyal and formidable warrior.
This coin decorated with shimmering application and selective gilding is a
great piece for any Eastern art lover!